The Global Development and Delivery Scenario

The GDD scenarios outline the steps for a client that is transforming from a single-site development team to a global delivery organization. This scenario was chosen based on its business importance to our sponsors and to the overall design of the DGG solution.

The GDD scenario is a branch of the JK Enterprise scenario developed by the IBM Rational Green Threads team. The scenario is using a  financial banking context and a new Account Opening application.

The GDD storyline starts with the delivery of the first release of the Account Opening application. The development team of 11+ has been local to a single site in the US with a Central tool deployment topology. The team is preparing for the second release with a larger team. JKE has acquired a company in the EU of 5 developers that will join the Account Opening team. Also, a team of 10+ developers contracted through GSI in India will take over the support for the first Account Opening application release while the US and EU teams start developing the second release.

The teams need to

The scenario assesses the gaps and drives the design for improvements in the GDD solution. 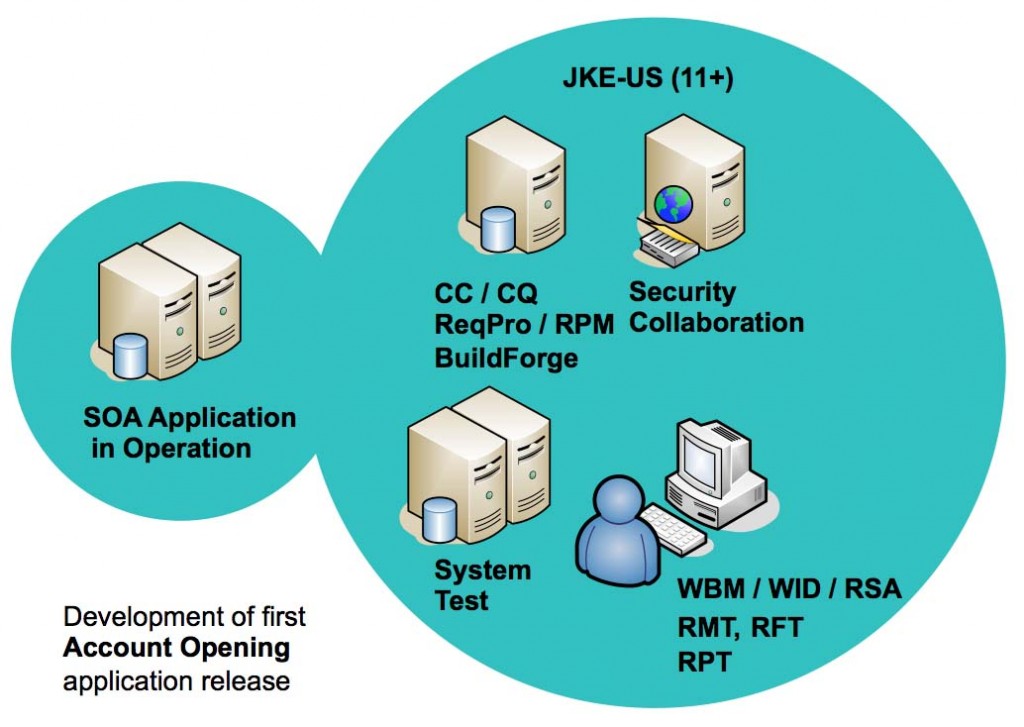 The JKE development team is targeting a centralized hub topology deployment of the IBM Rational GDD solution and WAN access for EU and GSI team members. 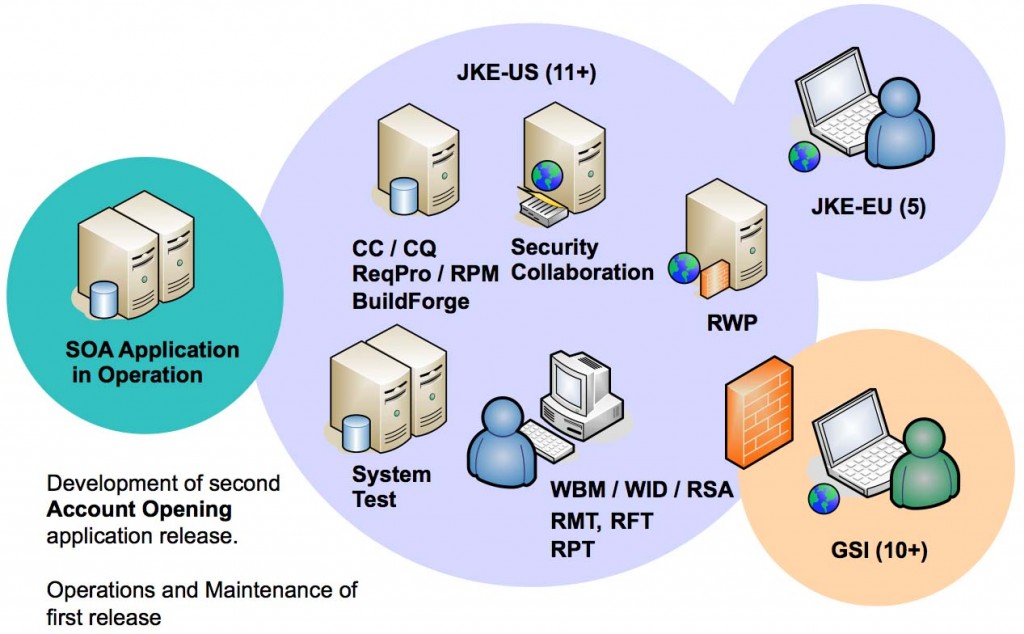