In 2017 I delivered design research for an improved developer experience in the Watson IoT Platform.

In our developer experience research, we gained insights from multiple sources

In our research we focused on two developer roles; the IoT Device Developer and the IoT Application Developers. Both depend on the Watson IoT Platform as a service for connecting their devices or integrating with their applications.

We found that developers use the following tools and technologies

Devon the device developer, develops and tests code for a device that integrates sensors and actuators with the OS and CPU board capabilities. He integrates MQTT and device management protocols on the device. He uses SDKs provided by chip manufacturer and applies security by design principles.

He uses a team development space and connects the device to an IoT Platform to test connections, data transfers, device management and security use- and test-cases.

Chris the application developer, is developing applications and services in a connected product IoT solution based on a cloud service architecture in IBM Cloud that integrates with the IoT Platform.

He develops and tests his components locally and deploys to a team development space in the cloud configured with an IoT Platform using live or simulated device data. 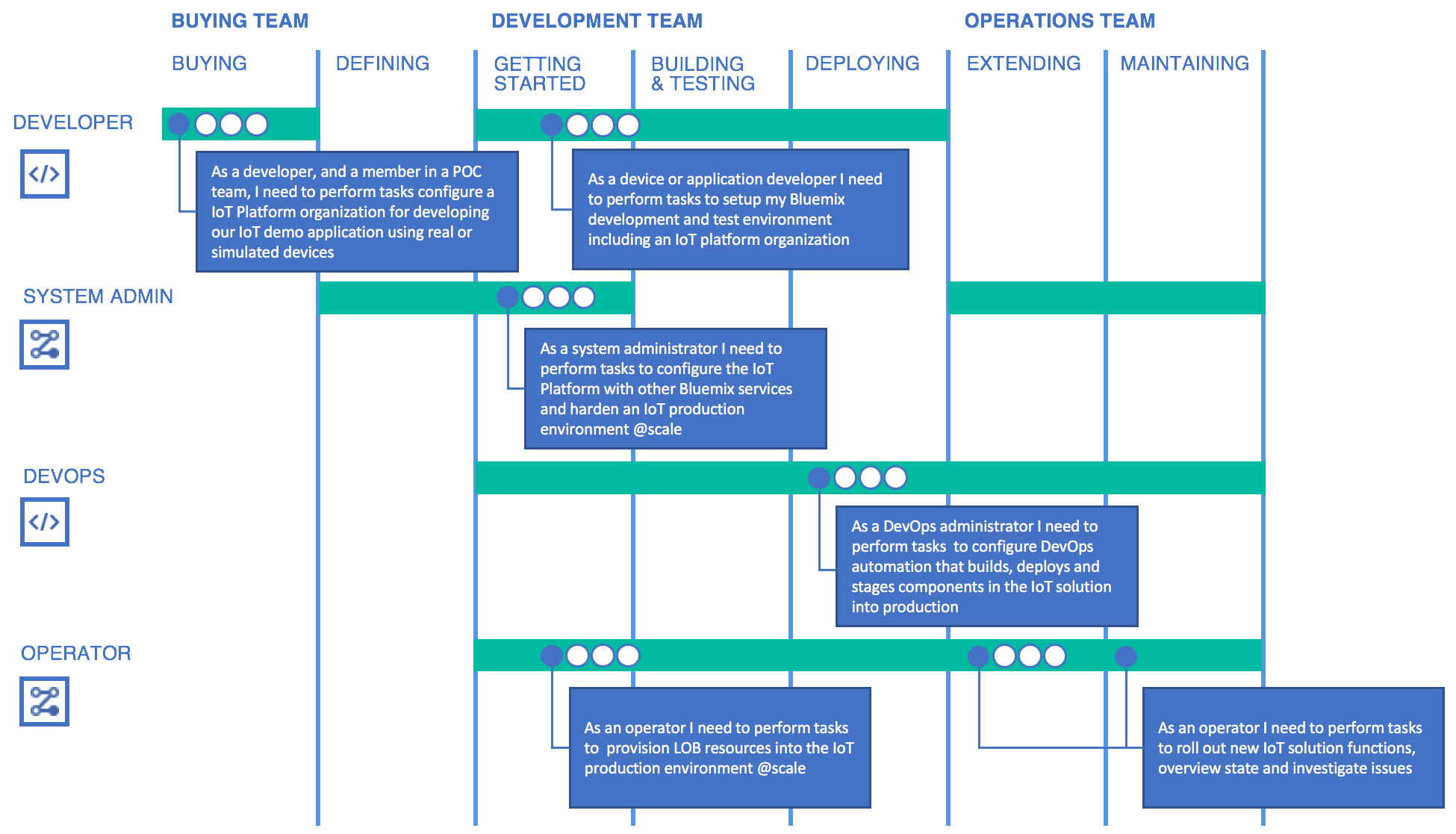 We can generalize these into two major scenarios.

For Devon and Chris, teaming up to deliver an IoT POC, the developer experience can be described as:

“We are a small group of device and application developers, with various skills on Bluemix, Cloud development and IoT, delivering a connected product POC”

“We need self-served material that gets us started with an IoT development environment to build our skills on IoT devices, IoT applications and an IoT solution that shapes a successful POC outcome in a week”

For the LOB development team, the developer experience can be described as:

“We are a product team transitioning from a POC into a hardened IoT solution cloud development environment, delivering at speed and scale.”

“We need to grow and mature by applying production scale IBM Cloud services and tool chains and leverage our POC IoT starter code and architecture.” 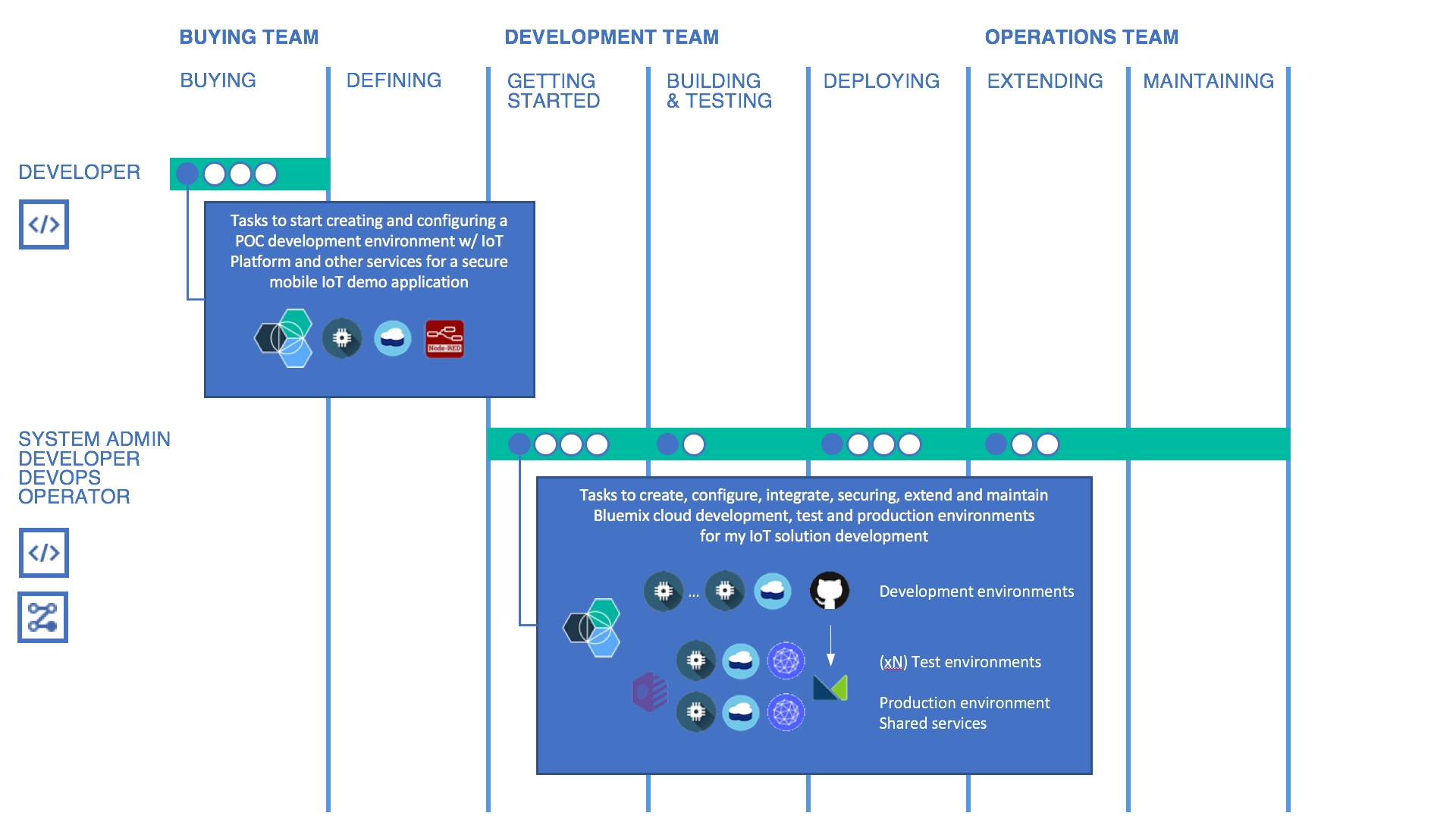 Our research guides us on a design vision for a successful developer experience:

We defined the following hill for the IoT developer:

“As a Developer with no prior IoT platform experience, I can within 15 minutes set up a new IoT platform organization and start developing and testing my IoT devices and applications.”

Several designs deliver on this hills 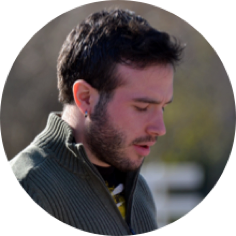 Meet Chris is the Application Developer and Devon is the Edge Device Developer.

Chris and Devon are the most frequently used personas in the developer experience design across the platform capabilities.